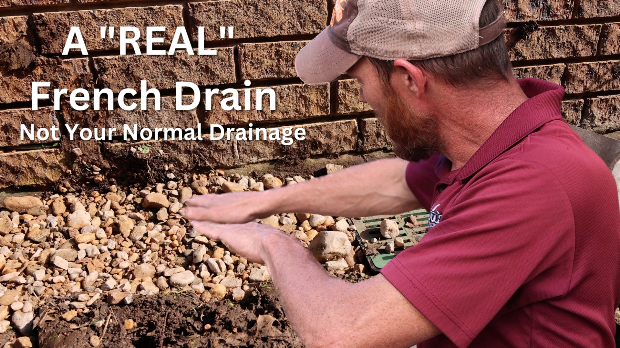 The term “French Drain” gets thrown around a lot when talking about drainage in your lawn. Most of the time surface drains get referred to as French drains. There are actually quite a few differences between the two. Surface drains have solid pipes that intersect with catch basins in areas that have a problem with standing water on the surface. French drains are a bit more complicated than that. While the French drain does aid with surface water, it also helps with underground water. French drains have perforated pipes that are placed underground with gravel and fabric surrounding it. Watch as David shows us a project that he and his team are working on.